THE HISTORIC GEM OF THE WEDDIN MOUNTAINS REGION

The historic gem of the Weddin Mountains Region, Greenethorpe is the small village that played a significant role in the history of the district and agriculture. Visitors enjoy the stunningly scenic rural landscape, the quaint village and local pub, along with touring the nearby grand homestead well-known as Iandra Castle.

The village is located on the eastern side of the region between Grenfell, Young and Cowra. The ultimate year-round day trip destination, enjoy a scenic drive through the region in late winter or spring when fields of bright yellow canola and lush green crops are at their best.

Catch the rural community out in force in summer busily harvesting paddocks bursting with golden crops of grain. Enjoy the freshness of crisp autumn and winter air when visiting during the cooler months. 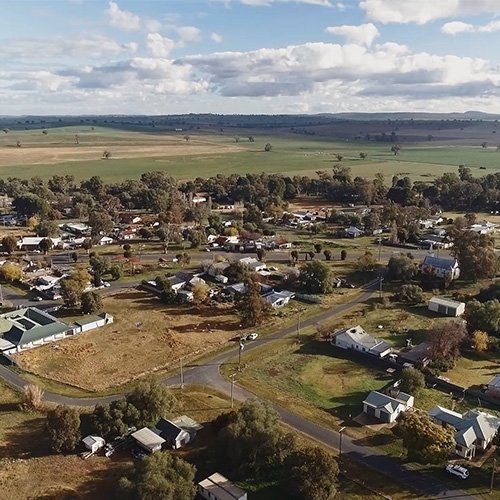 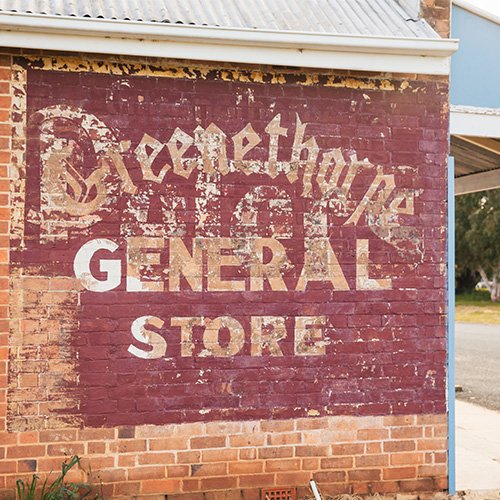 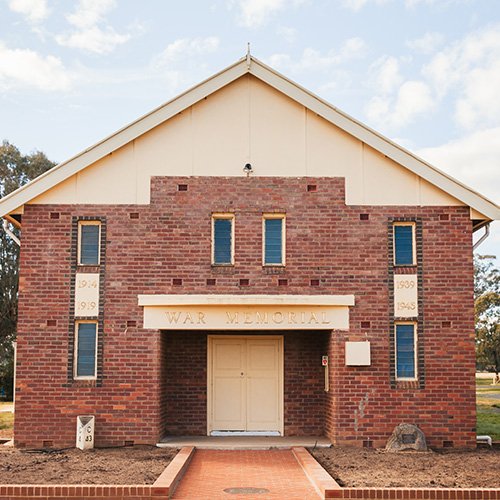 Iandra Castle (also known as Mount Oriel homestead) is a unique part of Australia's heritage and one of the most interesting places in the Weddin Mountains Region to visit. Completed in 1911, Iandra Castle provides visitors with a rare glimpse into the manorial system in Australia.

The homestead was built by George Henry Greene (local landowner, grazier, and politician) after whom nearby Greenethorpe is named. Greene was instrumental in obtaining rail transport from the Koorawatha line to Grenfell.

Greenethorpe was a purpose-built town, established in 1908 to house sharefarmers who worked on Iandra Station. Greenethorpe had its own store, post office, public school, carpenter’s and blacksmith’s shops as well as a handling agent for farm machinery.

Iandra Station was based on the English manorial system with tenant farms (generally 260 hectares each) distributed around the central homestead. At times 350 men were employed on the property not including the 61 sharefarmers, contractors or carriers.

The share farming system began in 1892 and a rail siding was constructed in 1903. The house provided accommodation for visitors from various parts of the world who were interested in the share farming methods introduced in 1893.

In the early years of the twentieth century, Iandra set a record for the largest ever yield of wheat from a sole property, and by 1911 there were 50 sharefarmers working over 7,300 hectares. In 1914, the property began to be broken up and most tenants were offered an option to purchase the land they had farmed.

During his lifetime Greene not only pioneered share farming, but also became a prominent breeder of Shire horses, experimented successfully with superphosphate, was the first to demonstrate the reaper binder, and in 1910 the Massey Harris reaper thresher (now known as a header).

Iandra Castle holds various open days throughout the year with bookings available via the website. With prior arrangement, the castle also opens for larger tour groups, clubs or functions outside the general open days.

After your tour of Iandra Castle, don’t miss the opportunity to take a relaxing walk around the village. The Soldiers Memorial Hall is the centrepiece of the village and houses photographs and information relating to locals who served in both the First and Second World Wars.

Check out the heritage listed sites including Circa 1935 Cafe and Post Office which is in the former Bank of NSW Building, the Blue Sky Art Gallery and top it off with a cold drink and a hot meal at the iconic Shamrock Hotel.