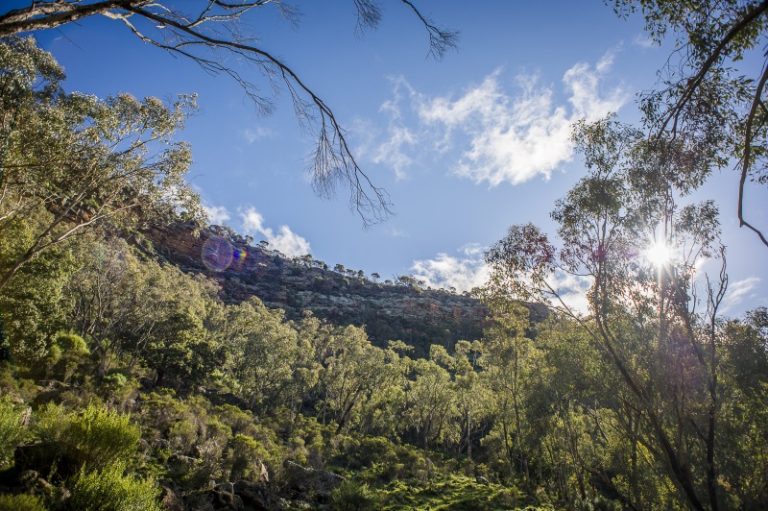 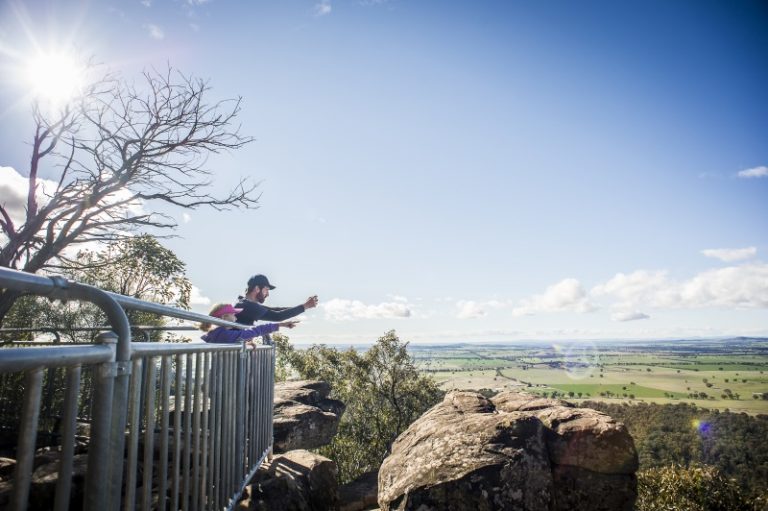 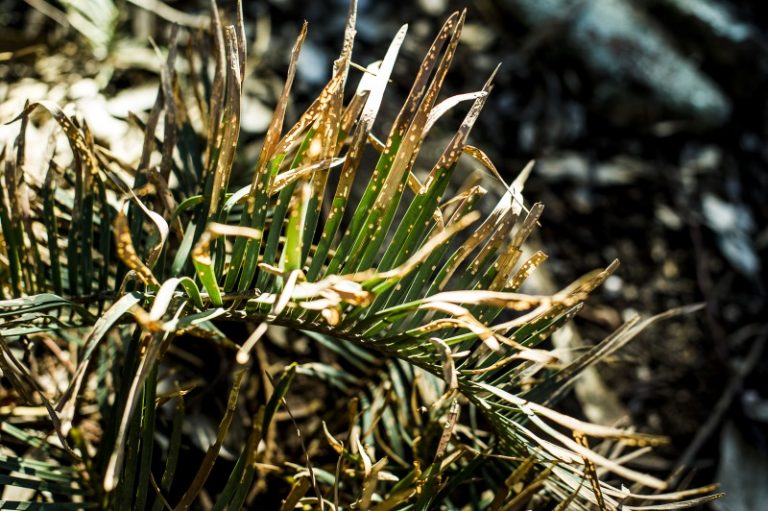 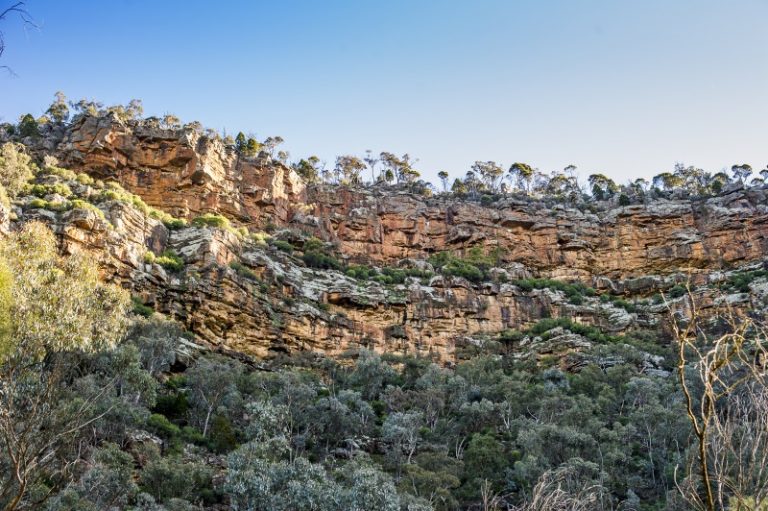 Ben Hall, one of the most revered bushrangers in Australia’s history, also resided at Grenfell, near what is now the Weddin Mountains National Park. In 1862, eight bushrangers including Ben Hall and Frank Gardiner carried out what was then the greatest robbery in Australian history when they held up the gold coach outside Eugowra. They managed to escape with £3,700 in cash and 2,719 ounces of gold, the equivalent to over $1 million dollars. The proceeds were never recovered and local legend has it that the booty is still stowed somewhere in the Weddin Mountains.

Ben Hall’s Cave, reputed to be Ben’s hideout cave has been preserved by the National Parks and Wildlife Service. Situated on the western side of the mountain the cave is a sprightly 30 minute walk with a great view of the surrounding farmland. The Weddin’s have three marked walking tracks. The walk up to Ben Hall’s Cave, the magnificent Eualdrie and Peregrine Lookouts and the Weddin Gap walking track.

The Weddin mountains conserve a range of wildlife that were once much more widespread. Home to emu, grey kangaroo, red-necked wallaby, along with a number of rare species of peregrine falcons, turquoise and superb parrots and the regent honeyeater. The name Weddin is derived from the Wiradjuri word of Weedin, which means a place to sit, stay or remain, relating to the mountains status as a place where youths underwent a period of enforced ceremonial isolation during the course of their initiation.

Rare fauna such as the spectacular Peregrine Falcon and Turquoise Parrot along with the kangaroos, emus, and echidnas share this mountain range. The wildflowers bloom during spring and summer and you will quickly see why the original inhabitants, the Wiradjuri Aboriginal tribe had a strong ceremonial and spiritual association with the area.

NSW National Parks and Wildlife Service marked walking tracks provide access to the highlights of the park. The first which takes one and a half hours begins at the Holy Camp rest area and leads to the lookout below Euraldrie Trig Point. The other visits Ben Hall’s Cave. The rest area and Ben Hall’s Cave Campground are serviced with barbeques, parking and toilet facilities.

You can see more about the Park at the NSW National Parks and Wildlife Service website here.

Scenic views, colourful walks and secluded campgrounds await you at Weddin Mountains National Park.
All campgrounds in NSW national parks now require a booking. Ben Halls campground is a fantastic base during your stay at the park. Gullies, walks, waterfalls, historic sites – there’s so much for you to see and do from here. This pristine area is a great place for bushwalking, bird watching, camping or picnicking. The rest area & Ben Hall’s Cave Campground are serviced with barbeques, parking & toilet facilities. You will also find Ben Halls Cave & Seatons Farm.