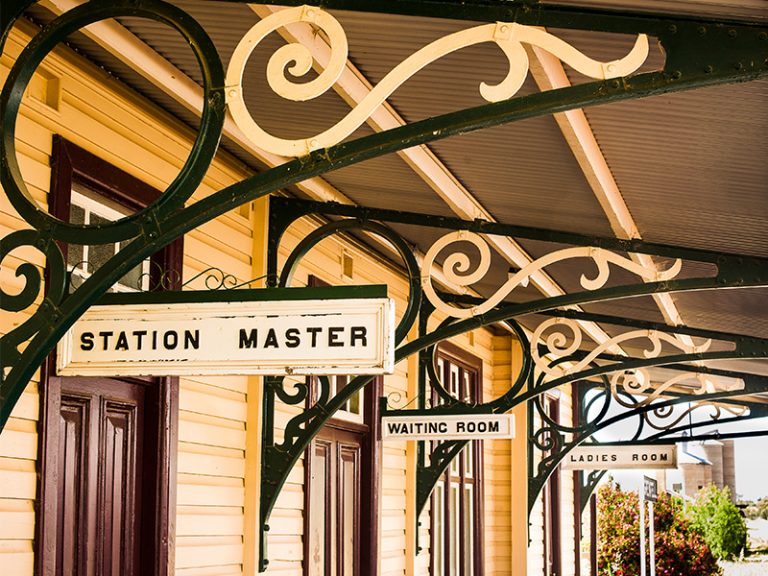 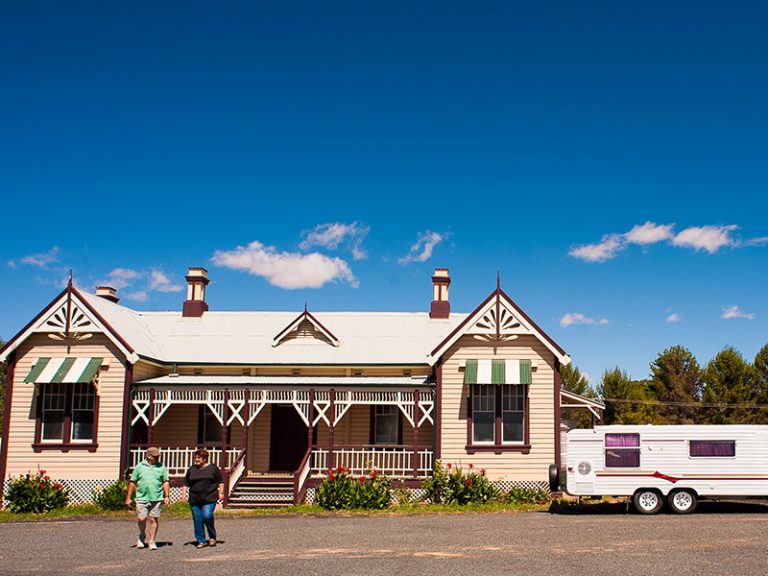 By 1887 the railway reached as far as Murrumburrah, and Cobb & Co. met the trains three times a week and carried passengers and mail to Grenfell. But the slowness of the service caused the people to press for a railway through the town.

A meeting was held in August 1879 at the Oddfellows’ Hall in George Street and a petition was drawn up. The proposal was rejected, but in 1896 it was decided to build a branch from Koorawatha to Grenfell. The Koorawatha-Grenfell railway carried the season’s wheat crops in January 1901. In October the Minister for works, the Hon. E. O’Sullivan, performed the opening ceremony. An ornamental arch was erected in Main Street and the shops decorated. He was driven out to Seven-Mile and then back to the Oddfellows’ Hall for a banquet.

The station was built by George Scouller, who constructed many government buildings. His son married a local girl, Georgie Matchett.

The station has been witness to some moving scenes, In August 1914, John Taylor, Mayor of Grenfell, farewelled the first contingent of men leaving for the first World War.

The Grenfell Railway Station was officially closed in April 1975. The towns last Station Master was Maurice Gunn while Tom Hazell was the last officer in charge of the goods shed.

With the station unmanned the gardens quickly fell into despair. Despite local interest the station masters house was demolished. The four-wheeled ash wagon was subsequently sold to the Dorrigo Steam Railway and Museum.

The Railway Station precinct is a site of state heritage significance and is accessible all year round, however there is no access to the inside of the building